1. Poroshenko negotiating a peacekeeping mission in Donbas with Merkel and Macron

President Petro Poroshenko has held talks with the German Chancellor and the French President in the German city of Aachen this week. He is convinced that Russia should support the draft resolution of the UN Security Council taking into account the Minsk accords and the introduction of a peacekeeping mission to the occupied Donbas. "We clearly state that the Russians should support the draft resolution, which would clearly indicate a roadmap, taking into account the Minsk agreements and taking into account peacekeepers, and this should be included in the decision of the UN Security Council. This is absolutely key to us," as Petro Poroshenko said in Aachen at a meeting with Chancellor of Germany Angela Merkel and French President Emmanuel Macron.

During the meeting with leaders of Germany and France, humanitarian issues were discussed as well, in particular, the release of hostages who were illegally detained in the occupied territories, Ukrainian servicemen and political prisoners illegally detained in Russia. "The names were clearly indicated," the President of Ukraine emphasized. The parties also spoke on the introduction of sanctions against the Russian Federation for conducting the "Putin elections" in the annexed Crimea. "Obviously, we talked about de-occupation of Crimea and introduction of sanctions for the illegal conduct of elections ... We coordinate the actions, because sanctions for Russia's aggression in the Donbas are fully linked to the package of sanctions for the illegal annexation of Crimea," as the Ukrainian leader said. He told about the involvement of peacekeepers in resolving the conflict in the Donbas. “We have carefully discussed our possible steps, the Road Map for the implementation of the Minsk agreements, necessarily using peacekeepers. We emphasize that the security component of the Minsk agreements, as the practice shows that it can not be carried out without a full-fledged peacekeeping mission to the occupied Donbas. And I would like to thank that both the German Chancellor and the President of France supported this position of Ukraine, just as our American partners did,” said Petro Poroshenko.

The President also said that he coordinated actions with Angela Merkel and Emmanuel Macron on holding a meeting in the "Normandy four" format in the near future. Most likely, the meeting will be held in Paris. "On the 18th and 23rd of May Angela Merkel and Emmanuel Macron will have a meeting with Vladimir Putin. We clearly agreed and coordinated the steps and the agenda that we need to do in order to hold the "Normandy format" soon. Likely, it may take place in Paris,” as Poroshenko said.

The meeting in Aachen took place in the incomplete "Normandy format" - without the President of the Russian Federation Vladimir Putin. Ukrainian President Petro Poroshenko paid a visit to Germany from the 9th till 10th of May. Previously, he also met with the head of the European Council Donald Tusk. On the 10th of May, Charlemagne Prize ceremony was also held, which brought together presidents and chancellor in the small city of Aachen. This prize is awarded annually, it is given to European leaders for their contribution to the unification of Europe. The President of France, Emmanuel Macron, received the prize for the presentation of a new policy of united Europe.


2. The investigation found Russian officers to be responsible for the January 2015 Mariupol artillery strike

According to  Vasyl Grytsak the artillery attack on the Ukrainian town of Mariupol on 24 January 2015, which resulted in 31 civilian deaths and over 100 injuries, came from Russia-controlled territory. Moreover the shelling operation was  directed and supervised by Russian military commanders in active service with the Russian Ministry of Defense. The SBU has identified Russian officers involved directly with the military operation.

Furthermore, it was determined that two artillery batteries of Multiple Launch Rocket Systems were transported from Russia into Ukraine the day before the Mariupol operation. In the early morning of 24 January 2015, these batteries were deployed near the village of Bezimenne exclusively for the shelling of targets in and around Mariupol, after which they were repatriated back into Russia.

As Ukrainian Radio reported, the eastern part of Mariupol was hit by Grad rocket fire on January 24, 2015.  The first bombing occurred Saturday morning around 10:00. Two more bombings occurred at noon and in the evening. Casualties numbered 31 killed and 117 wounded.


3.  Day of Remembrance and Reconciliation marked all over Ukraine

On the 8th of May, marked in Europe as Day of Remembrance and Reconciliation, Ukraine remembered victims of the Second World War of 1939-1945.

Exhibitions, concerts, public meetings, and other commemorative events took place countrywide. In the capital city Kyiv, a photo exhibition opened on the central street Khreshchatyk, featuring victims of Nazi and Soviet concentration camps. Its co-author Ivan Bihun, a research fellow at the Center for Liveration Movement Studies, told Radio Ukraine: “We are presenting almost 30 life stories of different people – slave laborers, Red Army soldiers, Ukrainian nationalists, Jews, Roma people, and others. This exhibition even tells about Ukrainians who freed prisoners from Nazi concentration camps. We still can’t tell exactly how many Ukrainians went through Nazi concentration camps, but we can tell the stories of some of them.”

In the south-eastern industrial city of Kryviy Rih, local activists organized a public action in which people made red poppy flowers, which are traditionally worn on lapels on Day of Remembrance and Reconciliation. Iryna Peretyatko, a folk craftswoman who showed how to make that symbol of grief and memory in master classes, told RU that in Ukrainian culture a red poppy had been a symbol of sorrow and memory since very old times. “A red poppy was embroidered on funeral towels; a woman would embroider a poppy on her shirt if her son or husband was dead. It’s been a tradition since very old times. We have this symbol of memory for the fallen soldiers and victims of the Second World War. And now, unfortunately, we use this symbol to commemorate those who died in the Donbas war,” said Iryna Peretyatko.

In Kherson, southern Ukraine, activists organized a mass dancing event – The Waltz of Victory that involved more than 300 people aged from 15 to 95. According to Svitlana Dumynska, director of the Culture, Tourism, and Resorts at the Kherson Region Administration, the Waltz was supposed to unite people of different generations and occupations in remembering heroes and victims of the Second World War. “Waltz is a festive dance. We invited our war veterans, those who survived the war, and everybody else to dance it together. We hope that on this day next year we will have peace in our country and our guys, who will come back from war, will dance this waltz together with their grandparents,” said Svitlana Dumynska. Svitlana Ivanova, director of the Kherson Palace of Culture, added: “Watching these war veterans dance we forget all our problems. Perhaps, they also forget their problems and illnesses.

Before Day of Memory and Reconciliation, the head of the huge Soviet-era steel statue of the Motherland in Kyiv was traditionally decorated with a red poppy wreath.

Ukraine and Turkey are developing a military cargo transport aircraft Antonov-188. The new aircraft is a jet engine powered version of the Antonov An-70 transport plane. Developed by Ukrainian state-run aircraft producer Antonov it will be equipped with components produced by western countries and will fully comply with NATO standards.

The aircraft will be able to transport up to 300 soldiers along with equipment of all kinds, as well as humanitarian supplies. The maximum take-off weight of the aircraft is 140 tons. Weight of payload is about 40 tons. The technical characteristics of the aircraft will allow it to be operated from unpaved runways with a length of less than 1 km.

According to Acting President of the Antonov state enterprise Oleksandr Los the new Antonov-188 is on the Ukraine’s top aircraft projects:

“Work on the project began 4-5 years ago, but it took a new turn 2 years ago. Our Turkish partners initiated the technical implementation of the project. We have already signed a memorandum and developed a roadmap for the entire construction period”, said  Acting President of the Antonov state enterprise Oleksandr Los.

As UR reported earlier, Ukraine’s Air Force had completed a mission to resupply a Danish military station in the Arctic. The Ukrainian pilots of 25th Transport Air Brigade transported more than 700,000 liters of fuel, other items, and assets during about 25 flights (120 hours)  from U.S. airbase Thule to Station Nord, the Danish polar station in Greenland The Northern Falcon 2018 mission has been organized for the tenth year in row as a part of the Memorandum of Understanding between the Ukrainian and Danish Ministries of Defence.

In the meantime, Ukraine’s State Aviation Administration has complained to the International Civil Aviation Organization about the fact that Russia's Federal Air Transport Agency “Rosaviatsiya” approved the operation and maintenance of the An-24, An-26, An-74, and An-124-100 Ruslan aircraft, manufactured at Ukraine's largest aircraft plant, state-run enterprise Antonov. The Ukrainian aviation authority says that the maintenance and operation of the aircraft without the involvement of Ukraine's Antonov creates a "dangerous precedent that threatens the life and health of people, as well as the environment and infrastructure" of the countries where the An planes fly. According to ICAO rules, the manufacturer, that is Antonov, must provide maintenance support of the planes. However, Rosaviatsiya has hired other companies. Antonov in turn said it would seek a ban on international flights of the An aircraft if Russia implemented its plans.


5. The Children’s Forum is taking place in Lviv

The Children's Forum has recently kicked off in Lviv. The Children's Forum is one of the largest festivals in Ukraine entirely devoted to children, founded and held by the NGO "Publishers Forum" since 2007. The space of the Children's Forum is divided into zones of interest. These are areas of science and media, craft, literature, zoo place. The program of the event includes book presentations, workshops, scientific experiments, board games and quests. Anna Batishcheva, coordinator of the forum, commented:  “For children, this will be a large spatial game - the quest. We collect the keys from the bookworld and each child can collect 8 keys, that is, the maximum, and become the new owner of the bookworld. You can get the key by visiting certain workshops, taking active part in readings, meetings, games, quests, and so on.”

“Actually, it is important that nowadays a child has the opportunity to have quality leisure time, have a good time, have the opportunity to get up-to-date information about books, about the media space, about the various activities that can take place in libraries,” added Director of the Lviv regional department for culture, nationalities and religions Myroslava Turkalo.

The Children’s Forum in Lviv will last till the 13th of May. 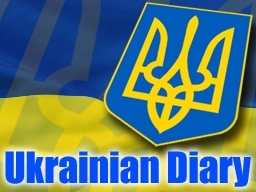