Severing of diplomatic ties with Russia proposed for Donbas bill

A group of independent parliamentarians have proposed an amendment for the second reading of a bill ensuring Ukraine's sovereignty in Donbas, which proposes to compel the government to sever diplomatic relations with Russia.

"This amendment does exist, under number 595. It was introduced by a group of [independent] members of parliament from the political force UKROP. In it, they propose that the government sever diplomatic relations with the Russian Federation within a three months' time," Andriy Teteruk (People's Front faction), a member of the parliamentary committee on national defense and security, told journalists in Kyiv .

According to a table of amendments submitted by the people's deputies for the bill's second reading, the document contains the amendment.

In the transitional provisions, the group proposes compelling the government to initiate the severing of diplomatic relations with the "aggressor state," established in accordance with the November 18, 1992 protocol establishing diplomatic relations between Ukraine and Russia, within three months of the passing of the bill.

At the meeting of the national security and defense committee, its secretary Ivan Vinnyk (Petro Poroshenko Bloc) called for this clause to be included in the bill, an Interfax-Ukraine correspondent reported. 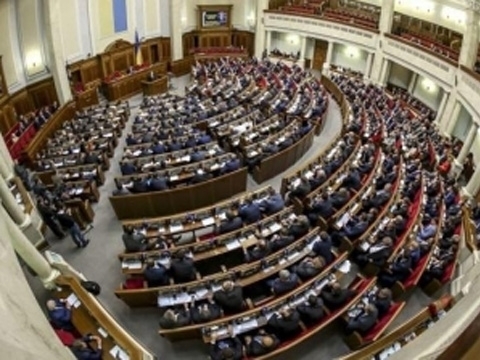